Get fresh music recommendations delivered to your inbox every Friday.
We've updated our Terms of Use. You can review the changes here.

Under a Rose Moon 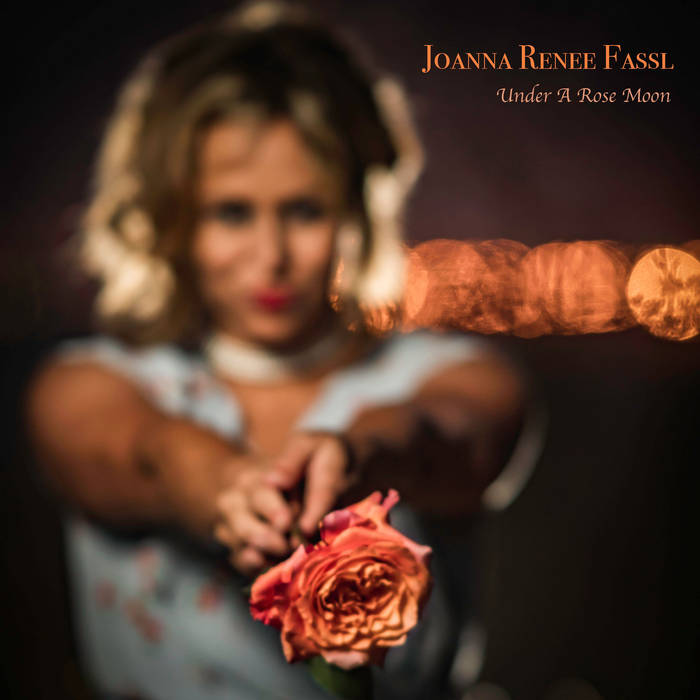 Mary Isis It was an honor and blessing to produce this album...Working on these beautiful heartfelt soul songs (during much of the pandemic quarantine time) was so healing and heart opening (I cried a number of times). Thank you Jozie for bringing these songs through for the world! Favorite track: Wild Ride.

nealahurst ‘Love that lights up the sky’ is a beautifully slow and intimate duet. It’s perfect for arriving at that calmed meditative space at night with some splashes of lively and energetic harmonious love. I highly recommend this album as it brings renewal to the spirit and joy to the heart. High quality, classical vocals, lullaby lyrics, and stimulating instrumentals. Favorite track: Love that Lights up the Sky.

maryamsharifzadeh I'm a HUGE fan of Joanna and her deep, authentic work. She is a master of many with a heart of gold. This album is a true expression of who she is, and her spirit :) Love you, Jo! Favorite track: Blue Sea and the Stars.

This album is born in the space where the elegance and nuance of the rose meet the reflective, receptive aspects of the Moon. A collection of lullaby-inspired songs to bring solace and comfort, to honor the tender yet profoundly resilient heart, and to provide healing balm for all those navigating grief, loss, transition and ultimately transformation. Let grace see this through. Let grace be our refuge.

This album is dedicated to the power of creativity to illuminate, guide and heal; and to my parents, Dr Joseph and Aletha Fassl whose support reign supreme in my life.

The deepest bow of gratitude to producer and multi-instrumentalist Mary Isis whose musical beauty and magic pervade this album with the most pristine sonic frequencies. Continued gratitude to John Alevizakis whose adaptability and support is bar none.

Infinite gratitude to all the contributors to my indiegogo campaign that made this album possible; especially Jo Lewzey, Aine Grace, Tara Divina, Lua Cheia, Aurore Nicolier, and Barbara Brown who lovingly gave their time and gifts to support me.

All original songs written by Joanna Renee Fassl, except The Rose (written by Amanda McBroom) and Moon River (written by Henri Mancini with lyrics by Johnny Mercer). Lyrics from the chorus of If You Want a Rose taken from Rumi's poem entitled: If You Want a Moon.

PRODUCTION
All songs mixed and produced, with additional instrumental arrangements by Mary Isis, Nectarian Music Productions @ www.maryisismusic.com,
except Trust and Love that Lights up the Sky co-produced by John Alevizakis and Joanna Renee Fassl at Little Buddha Studios.

This album was recorded at 6 different locations during the ever-changing environment of 2020 that requires us all to flex our adaptation muscles: Lead vocals and lead guitar tracks recorded at Little Buddha Studios in Nevada City, CA . Vocals and guitar track #7, and vocals on track #8 recorded at makeshift home studio in Bethlehem, PA. Vocals track #11 recorded at makeshift home studio in San Francisco, CA. Guitar on track #4 recorded in Oakland, CA. All other instrumentation and vocals recorded by Mary Isis at Saraswati Lounge in Northern California.

Bandcamp Daily  your guide to the world of Bandcamp